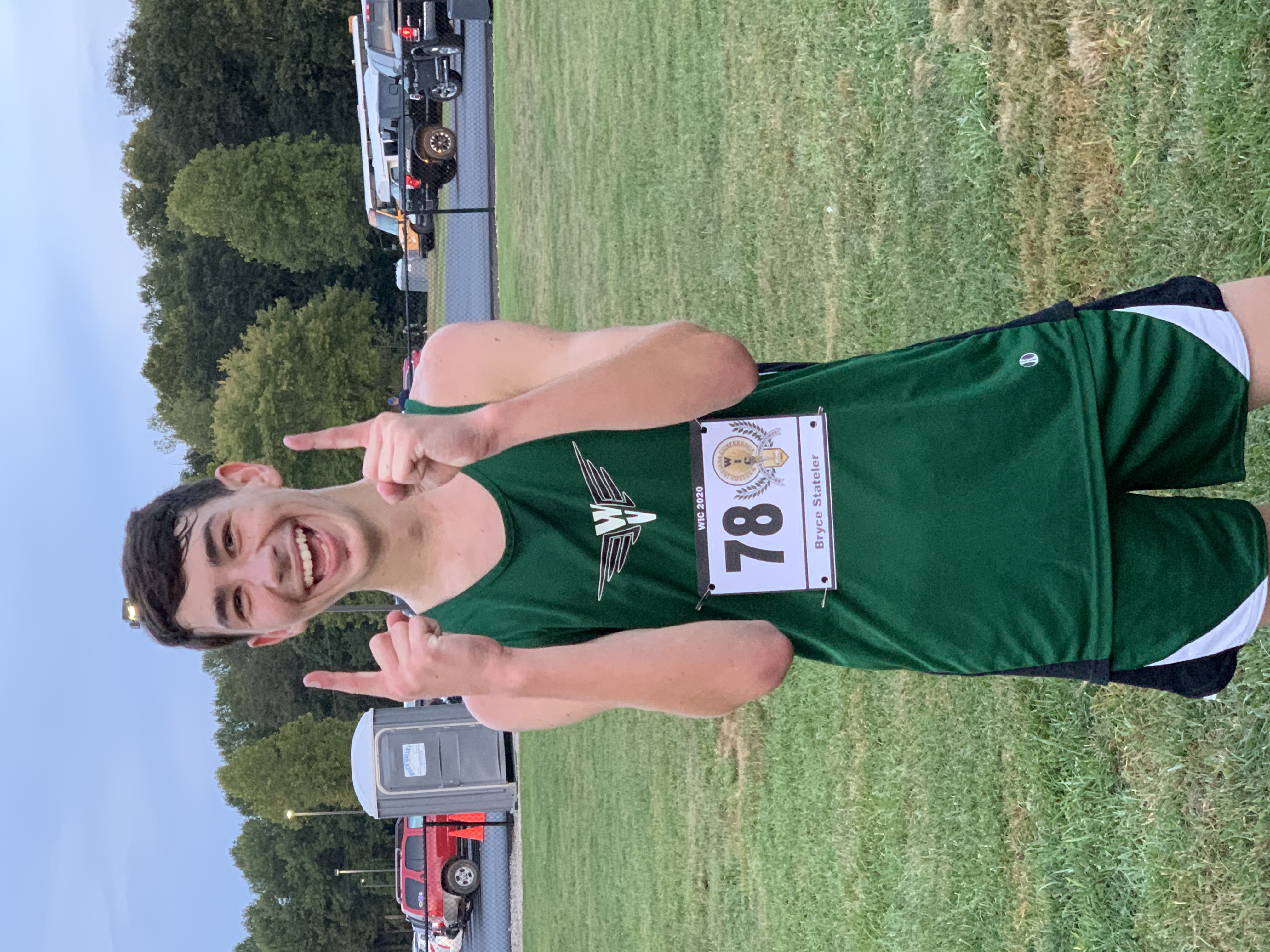 Last night at the WIC Cross Country Championship the boys XC team finished 5th.  The Vikings were led by Bryce Stateler, who by his 11th place finish, earned All WIC honors,. he was followed closely behind by Levi Saude(17), Garrett Roush(38), Bryland Pape(39), Griffin Akers(54), Trae Scott(60), and Terran Chrisman(63). Everyone ran their season’s best times.  Congratulations to Bryce for earning All-Conference and to the team for their awesome performance.    The Vikings next run Saturday at the Shakamak Invitational